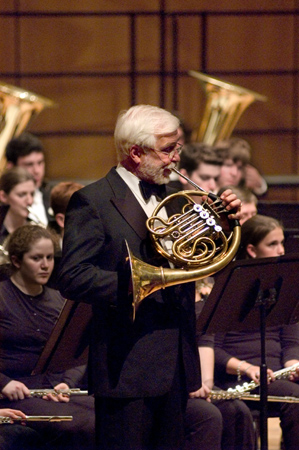 Growing up as an active musician in a small town in Wisconsin, the names of the Chicago Symphony Orchestra section leaders were practically as well known to us as the neighbors down the street — Ray Still, Adolph Herseth, Arnold Jacobs.  Cost and distance prevented us from ever making a trip to hear the CSO in Chicago, but we revered their sound from recordings.

When I was a freshman in high school, I played oboe and my sister played french horn together in the Sheboygan Symphony.  We were thrilled when the conductor hired Dale Clevenger, the CSO’s principal horn, to perform Haydn’s second horn concerto for one of our concerts — and stunned when he decided to join the horn section for Mendelssohn’s Reformation Symphony on the second half of the program.